Welcome to our castles webquest!

Welcome to our castles webquest!


This is a webquest created for the students at IES Cristóbal Colón,
in Sanlúcar de Barrameda﻿.
Our school is taking part in a common project, Medievópolis,
which consists of creating a castle.
Besides, each Department will design specific activities related to this topic.
This webquest is one of the activities proposed by the English Department.
We hope you enjoy it!
Ready, steady, go!

Listen to Coldplay
and fill in the gaps
with the words in bold:

A bit of Castle History


As you have seen in Viva la Vida by Coldplay,
there are many words related to castles.

Can you identify them?
Can you think of some others?

And about history?
What do you know about castles history?

Here you are some links to know a bit more about castle history.
Click, learn and enjoy it!
1. A short history of castles.
2. Castles in Medieval Times.
3. Castles in the Middle Age. 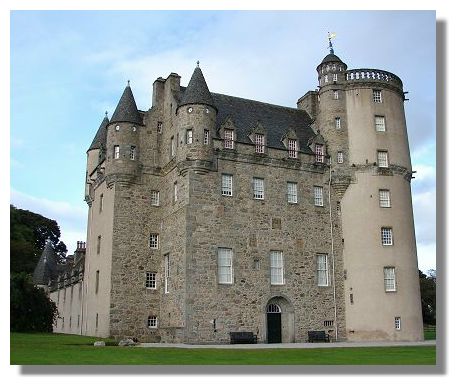 The Castle of King Edward

But how were castles exactly in Britain?
And what was life like in a castle?
Click here and discover it!

Some Questions about Castles

Now it's your turn.

Work in groups of 4.

Image from http://www.castles.org/
1. Draw a picture of this castle and label the different parts.﻿
2. Name two birds that appear in the castle.
3. Name three food items present in the kitchen.
4. Who guards the dungeon? What's his name?
5. Who live in the Great Tower? Name the three groups.
6. Can you help this knight to put his armour on? Click here and try!


7. What's the name of the castle entrance?
8. Who is Father Pellam?
9. What are Illuminated Manuscripts?
Try writing your name like this.
Do you need some help with the letters? Click here.
10. What's the Great Hall?
12. Who is Lucy? 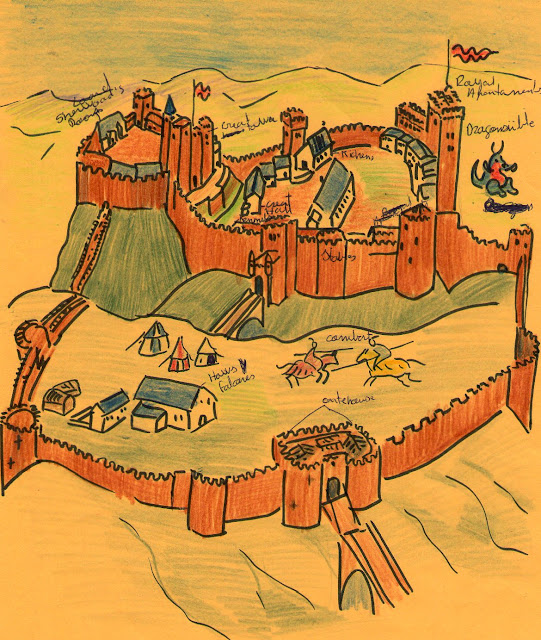 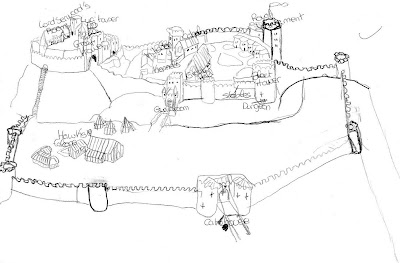 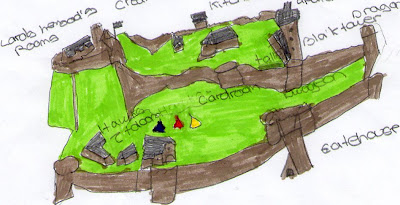 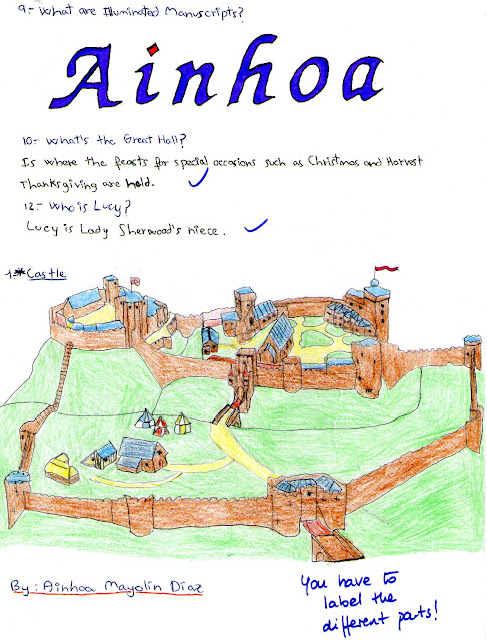 Build your Own Castle

As the end of the project,
try building your own castle!
You will need:

Some relevant links about Castles 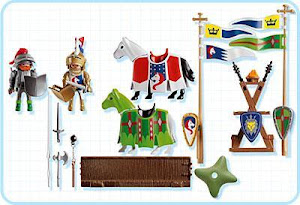